john-boy wrote: ↑Thu Feb 25, 2021 7:01 amSo my energy supplier is now badgering me to swap (they're about thirty years old or so) and it looks like you have to have a digital replacement.

Just tell them no mate, if you are happy to send them readings just do that. Both my meters require me to kneel down on the front lawn to read, so I was happy to not have to do that when it's wet/raining in the winter.

The unknown upside was, that because I use much more electricity than gas, they didn't keep questioning my extremely low gas usage, so after about 5 years my direct debit doesn't lead to me having to claim back £700 a year. Downside is they pay better interest rates (5%) than any saving account you can get ATM

Were Dante alive today, he would agree that the tenth circle of hell is reserved for people who have non-ANSII characters in online usernames.
Top

Henry Crunn wrote: ↑Thu Feb 25, 2021 2:22 pm I'm tempted but I would like one with the contra rotating pointers. A real analogue meter.

This is how USSR rotating meter look like in the wild image1 image2
I had one made in 1955. Electricians replaced it with electronic two years ago. Disk meters is a nostalgia. They can produce a soft noise. But energy company consider them a thing from the past century because it is relatively easy to steal electricity.
They are prone to self rotation (here this phenomena is called "self-walking"); they can stop rotating when tilted 10-20 degrees; if incoming wires are mixed, then the phase goes directly, bypassing disk coil; it is possible to make it rotating backwards if the load has enough inductive reactance. Electronic meters do not have such problems.
My opinion ^_^ may differ from yours. That's OK. Difference makes us humans, not robots.
Top

Here's a brief story about a smart meter. I heard it from someone in neighborhood.
Neighbors installed an electronic meter onto the pipe with hot water, which is used to heat the building in winter. That building is big, 5 levels, 150 apartments. Centralized heating. Everyone pays. When they had no counter installed on a pipe they paid per square meter of their apartment multiplied by a number invented by the city - a function of this month's weather conditions, and hot water price was much higher. So they installed a meter (one for a whole building) and started to screw the valve in the morning, open it at night. They started to observe new numbers in their bills - Gigaсalories. The next winter people observed that those Gigaсalories disappeared from papers a few months ago, and the price increased. Meter stopped working. The city did not notify people that meter does not show numbers, they silently put a full price into the bill... What people did? They realized the meter does not work very late, only in March, all this time they were rotating the valve and received much less heat than they paid in bill. The story is sad and fun at the same time.
My opinion ^_^ may differ from yours. That's OK. Difference makes us humans, not robots.
Top

Old Soviet meters are illegal in Russia because how easily you can fool them. New ones are digital, and I think work on different principles, but they also have a magnet detection seal, so it will turn void if you bring magnetic filed close to it, I don't know why they do it, are they still susceptible to magnet hack, or is it 'just in case'.
"You'll own nothing, - And you'll be happy." - Klaus Schwab, Founder and executive chairman of the World Economic Forum.
Top 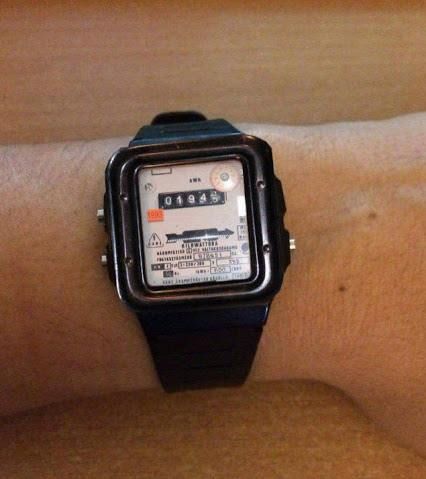 My opinion ^_^ may differ from yours. That's OK. Difference makes us humans, not robots.
Top

Oh no!
Is this thing tracking bloodflow in your arm?
Top
Post Reply
26 posts

Return to “Other Tech”